Stephen B. James, DO, FAOAO, FACOS

James is an Orthopaedic Spine surgeon whose practice focuses on the diagnosis and treatment of all disorders of the cervical, thoracic, lumbar and sacral spine. Specific interests include minimally invasive spinal surgery, reconstruction of the spine, including total disc replacement surgery of the cervical and lumbar spines.

James is a native of the Grants Pass, Oregon. James received his Bachelor of Science in Biology from the George Fox University in 1987 and received his degree in medicine at Western University of Health Sciences in 1991. James completed his internship and orthopedic residency at Michigan State University in 1996. Following his residency, James completed his Orthopedic Spine fellowship at the University of Rochester School of Medicine and Dentistry in 1997.  Following his fellowship, he remained at the University and trained orthopedic and neurosurgery residents and fellows in spine surgery for four years.

James is on clinical staff at the Philadelphia College of Osteopathic Medicine, Atlanta campus.  There teaches neurosciences and clinical spine pathology of the spine to first and second year medical students.  Third and fourth year medical students are trained in spine surgery in the office and operating room by James.

James has also been an instructor in minimally invasive spinal surgery, spinal trauma, Kyphoplasty, spinal pain management, spine surgery exposure techniques and total disc arthroplasty of the lumbar and cervical spines.  During his time as instructor over the past 15 years, James has trained hundreds of surgeons.

In James’ free time he enjoys flying his plane and holds multiple aviation certificates.  He has been involved in flying for Angel Flight which gives free medical travel to those that suffer from cancer and terminal illnesses.  In addition, James has been involved in medical missions to Bolivia and Kenya and has flown a medical mission to Haiti after the earthquake of 2010.

Rotator Cuff Injuries & Symptoms The rotator cuff is a group of muscles on each side of the shoulders that are responsible for holding the shoulder joints stable. Rotator cuff injuries are quite common. They’re most commonly caused by blows, falls, or over-exertion, but they can also be due to overuse of the shoulders. They …

END_OF_DOCUMENT_TOKEN_TO_BE_REPLACED 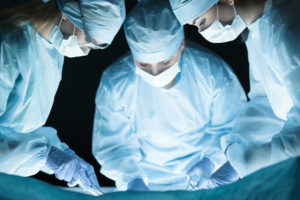 Spinal Fracture Treatment Options with Orthopaedic Care  Orthopaedic spine care has seen several advancements since the treatment and management of spinal fractures. Complicated spinal surgeries have been replaced by less invasive and more effective medical treatment plans. It is important for patients at Florida OrthoCare to have a better understanding of spinal fracture treatment options. …

END_OF_DOCUMENT_TOKEN_TO_BE_REPLACED

How Do Tendon Injuries Occur? The most common site of tendon injuries is in the ankle, knee, or elbow joints. A tendon injury affects the touch fibers that connect muscles to bones. One of the larger tendons is called the Achilles tendon. This connects the calf muscle to the heel bone. Tendon injuries most commonly …